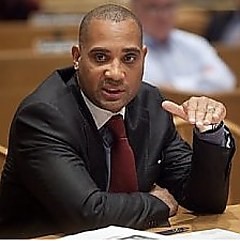 Hamden plans to use a newly allocated $600,000 to seek to draw more businesses to town — and gain needed tax revenue — with the help of updated zoning regulations, blight reduction, and facade improvements.

The vote took place Monday night at the last meeting of the current Legislative Council (some of whose members will now be replaced by victors in the Nov. 2 general election).

Erik Johnson, Hamden’s economic development director and acting town planner, pitched the $600,000 “Neighborhood Improvement Program” to the Council before Monday night’s vote. He said the money will be used for acquiring and or demolishing blighted properties, assisting businesses and homeowners with making improvements necessary to lift all neighborhoods, and leveraging match dollars for participation in state, regional, and nonprofit efforts designed to improve community living spaces.

People from across the ideological spectrum have been calling for Hamden to increase its grand list as a cornerstone of efforts to tackle long-term town debt and high taxes.

The goal is not only to grow Hamden’s grand list and increase revenue, but to recognize “the communal benefit associated with having a vibrant, small business community,” Johnson said.

He specified that the fund will be broken into “three buckets”: $225,000 for business activation and incentives, $225,000 for facade improvements and beautification, and $150,000 for consulting services to support the development of “a business pipeline.”

The idea, Johnson said, is to generate “more opportunity to be successful in town, knowing that some of the spaces we have in town are older and have not necessarily been improved.”

That first “bucket” includes money aimed at those budgeting to begin a business. Potential owners can apply for lease assistance or additional money to offset unexpected tenant improvement costs.

The second portion of the fund will aim to create new resources for businesses that “stuck it out,” as Johnson said, through the pandemic. They can get grants to expand or beautify their businesses.

The last $150,000, Johnson said, could be spent contracting individuals to write legislation around cannabis businesses or review the town’s zoning regulations in order to make it easier for diverse individuals to effectively establish the businesses they imagine in town. With the help of third party experts, Johnson said, projects that would take three or four years with the department’s current staff size and capacity can be cut down to under 12 months. 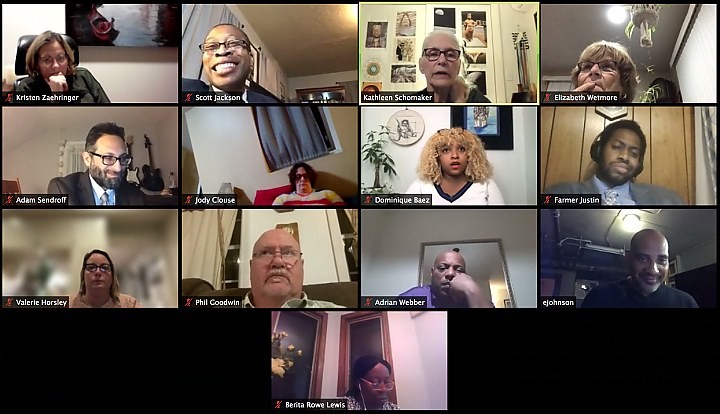 “So, if I wanted to open a restaurant, and I liked the location of something that had been a bank…” Council President Kathleen Schomaker began, offering an example of how the development dollars might be used. She asked whether the funds could be allocated towards removing a vault constructed within the building.

“It would be a cool restaurant” inside a vault, Johnson joked.

“The vault would have only the finest service,” Schomaker quipped in return.

Johnson agreed that Schomaker’s hypothetical example captured the intent of the money pot.

Councilman Justin Farmer piped in: “We’d be banking on the success of such an endeavor.”

Johnson said that Hamden used to have a facade improvement program, as well as a microloan program. At some point the funding was not renewed. This broader neighborhood investment program will be paid like other capital projects through bonding.

In its pilot year, the program will offer money to between 25 and 40 businesses, Johnson estimated. Johnson said he plans to work with the mayor and the Economic Development Commission to determine which applications are chosen on a first-come first-served basis.

Johnson, who is six months into his new Hamden position, said that the neighborhood investment capital project will be paired with core programs currently evolving within the town’s economic development department. For example, he plans to establish a tax assessment deferral program similar to that of New Haven’s, in which the town will freeze a business’ assessment of its current value while the owners make physical improvements to their space, then phase in the new tax cost over five to seven years.

By developing a process by which businesses apply for capital improvements, Johnson said, the town will also consolidate current bureaucratic challenges faced by business owners. Johnson plans to merge building, engineering, and planning and zoning departments onto Viewpoint software to facilitate intradepartmental communication over one platform.

That would allow an individual applying for a facade grant to use the same portal to get information about zoning variance requirements rather than having to go into town and walk between offices.

In line with the theme of “neighborhood investment,” the public works department was also promised an additional $125,000 on Monday to renovate Hamden’s public parks as part of the new capital budget. That includes $50,000 to fix paving on the southern end of the canal trail, $25,000 for replacing playground equipment, like broken swings in Bassett and Denicola parks, $25,000 for new fencing, and $25,000 for “unforeseen items that may come up moving forward.”

At Monday’s meeting, Council member Dominique Baez pointed to turf sinkholes and broken plexiglass at the Keefe Community Center’s playground as well as exposed wires in Villano Park as potential priorities for that last $25,000.

Other final capital projects approved in the last round of review included $175,000 for IT infrastructure upgrades like server replacement, $95,000 to purchase new copiers in government buildings, and $15,000 to buy Bluebeam software in order to facilitate intradepartmental building reviews.